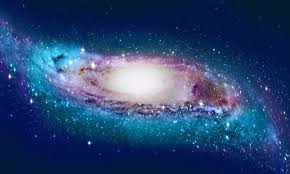 The Milky Way Galaxy is most significant to humans because it is our sweet home. There is a lot of Interesting Facts About Milky Way Galaxy But when it comes down to it, our milky way galaxy is a typical barred spiral, much like billions of other galaxies in the universe.

Let’s take a little journey into the Milky Way to understand few Most Interesting Facts About Milky Way Galaxy.

Our Home Galaxy – Milky Way is a galaxy which contains our Solar System. It contains a dim glowing band arching across the night sky, so it’s name is ‘milky’.

Until 1920, most astronomers think that it contains all stars of our universe but in 1920, some astronomers show that it is the one of many galaxy. It is just a part of universe.


Our solar system located within disk which is 27,000 light years away from Galactic center, on the inner edge of the spiral shaped concentrations of gas and dust called the Orion Arm.


All stars and gases which are far away from Galactic center orbit at 200 km/sec. and their rotational period is 240 million years. So we can say that our sun orbit at 200 km/sec.(0.073%of the speed of light) around the milky way and it complete its orbit in 240 million years. The sun orbit around the milky way approximately 18-20 times in lifetime.

The oldest star in our milky way was made when universe began. Milky way has many satellite galaxies. Milky way is a part of Local group (Local group is a group of galaxy. There are 54 galaxy in our Local group.) of galaxies which is component of Virgo Supercluster. All observable stars by naked eye at night is a part of the milky way.

Milky way has a relatively low surface brightness. It looks very brightest from Sagittarius-A. Milky way is a second largest galaxy in local group. Mass of the Milky Way is 5.8 times of 10^11 solar masses which is less than mass of the Andromeda galaxy. Most of the mass of the Milky way appears in  the Dark matter. The space between stars is called Interstellar Medium which is a disk of gas and dust.

Recently NASA selected the Galactic/Extragalactic ULDB Spectroscopic Terahertz Observatory (GUSTO) mission to fly a telescope carried by balloon to map out large sections in the Milky Way and nearby Large Magellenic Cloud. The mission plans to launch in 2021 from McMurdo, Antarctica and should remain in the air between 100 and 170 days, depending on weather conditions.

We hope you enjoyed to read this article.

If you have Any Other Query, please feel free to write to us, you can ask us by leaving your Comments Below!